The following brief excerpt is the story of one of my clients. Shelly (name & identifying details changed to protect privacy) was a wonderful young woman whose journey with alchemy and hypnotherapy helped to change how she saw herself, her world and in turn helped to alter the course of her life. 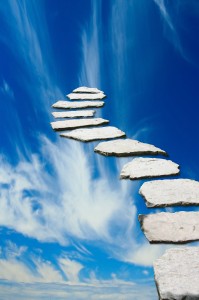 Shelly was a young woman in her early 30’s who was having infertility treatment, She and her husband had been trying to conceive and maintain a viable pregnancy for several years without success. Shelly had come to see me because the  roller coaster ride of monitoring monthly cycles, visiting doctors and finding new alternative treatments were consuming her every waking and sleeping moment, the resulting anxiety and depression was affecting her work, relationships and self confidence.  Shelly had not given up the idea of falling pregnant but did not want it to consume her life anymore, She was looking for a way to find peace & hope in the midst of chaos and loss.

The disempowering experience of being infertile and not achieving her goal of becoming a mother was not isolated within itself, it in fact highlighted  Shelly’s belief system that she would always fall short of her expectations and goals, that she  wasn’t worthy enough to achieve anything good. It provided the proof she needed that her internal belief system was valid.   What was fascinating to me as her therapist was that Shelly was outwardly a very intelligent, confident, attractive young business woman who was seemingly quite different from the person she was describing to me.

We used hypnosis to journey into dreams that Shelly had been experiencing. Up until this point the dreams were disturbing and though she felt they were significant, Shelly did not know why. Upon re-entering the dream state with the conscious intent to discover the messages in her dreams Shelly ‘met’ an internal guide who showed herself in the form of a Warrior woman, this symbol of strength and courage gave Shelly hope and reassured her that she was not alone on this journey of infertility.  Shelly understood from her conversations with her guide that this was a journey of self discovery and of healing. Shelly was given a new perspective, one which offered ‘meaning’ to her experiences.  In one of these dreamscapes Shelly met a little boy and was informed by  her guide,  “he is your son, and he will come to you when you are ready, you have some healing to do first, trust is the key.”

Shelly told me she was afraid to have a child as she was scared she would not be a good mother ” I haven’t been taught how, I am afraid I will be like my mother and like her mother,  I don’t want to do that to a child” (Shelly had experienced physical and emotional abuse during her childhood).   Entering hypnotic trance Shelly found herself reviewing a Past- life in which she had been well loved and cared for by both a loving mother and father, she was shown and experienced her mother nurturing, supporting, protecting and caring for her as she was growing up, She then saw herself as an adult woman with children of her own, she saw how she raised and cared well for them as  they too grew into  functioning and happy adults.  At the end of the session Shelly sat up excited, exclaiming, “I know how to be a good mother I remember, I have been shown and I have already done it in the past!

After this much changed, we had a couple of subsequent hypnotherapy sessions to help clear trauma held within her body and then both Shelly and I agreed that she did not need to return for further therapy. Shelly now had her own resources in the form of her guides which gave her the ability to reach into her internal world and transform her experiences and emotional debris into spiritual gold.  Her anxiety and depression had lifted, she was much more positive about the future and whatever it held for her. She had found purpose and meaning in her journey and had been able to release the past, which is shown in  a lovely email I received after one of her sessions:-

“Thank  so much for the session, it was  truly an amazing experience and not at all what I expected. I really do feel pregnant with myself and this new life I feel like I am embarking on!” 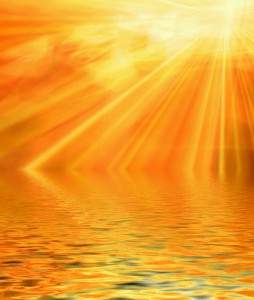 The final  note to this story is that I received news that Shelly recently gave birth to a beautiful healthy baby boy!

Are you ready to Change your life ?  Do you want happiness; fulfillment; joy?  Do you want to release the limitations of the past and discover the full potential of your future?

Contact Pateena now to schedule an appointment; ask about a personalized program or for  any other information